Metrolinx will not be using hydrogen fuel cells to power electric trains along GO Transit rail corridors – at least, not for now.

Instead, after studying multiple variations of electrification, Metrolinx has chosen a 25 kV (kilovolt) overhead contact system as the base concept when analyzing all the environmental and cost benefits of its electrification plans. 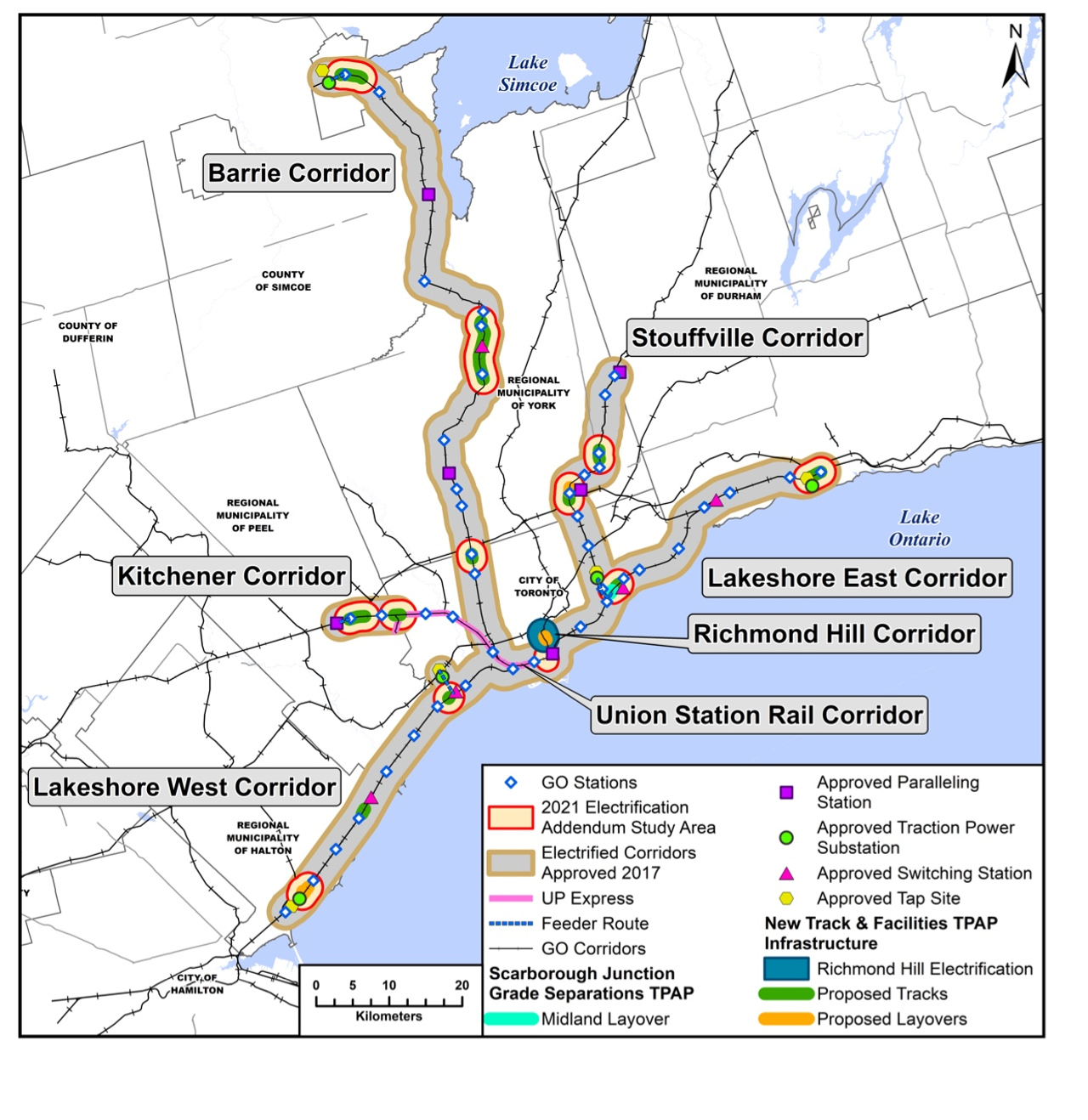 The transit agency says it wants to make sure that adopting new technology remains possible in the future. However, it admits that, while exploring alternative technology such as hydrogen fuel-cell and battery-powered vehicles, it found that, for heavy commuter rail operations such as GO services, these technologies may not meet its objectives. Those objectives include increasing rail services, lowering operational costs and reducing reliance on carbon-based energy sources.

The GO Expansion business case explains that, to effectively deliver more all-day service with trains in both directions at least every 15 minutes (or better), Metrolinx must provide trains that are as much as 30 percent faster and 50 percent cheaper per train-kilometre to operate. Electrification is likely to achieve this since, as Metrolinx claims, electric vehicles operate as much as 29 percent faster, with 60 percent lower operating costs per kilometre. They also reduce localized emissions and noise impacts.

According to a recent post on its news blog, “The… business case demonstrates that this technology realizes a benefit-cost ratio (BCR) of 2.6 when operating electric vehicles versus a BCR of 1.5 operating the current diesel electric vehicles. The BCR is a measure of financial return. For every $1 spent on this project, the region will see a $2.6 return in economic value. This includes everything from lowering the cost to operate the trains to decreasing traffic congestion and greenhouse-gas emissions.” 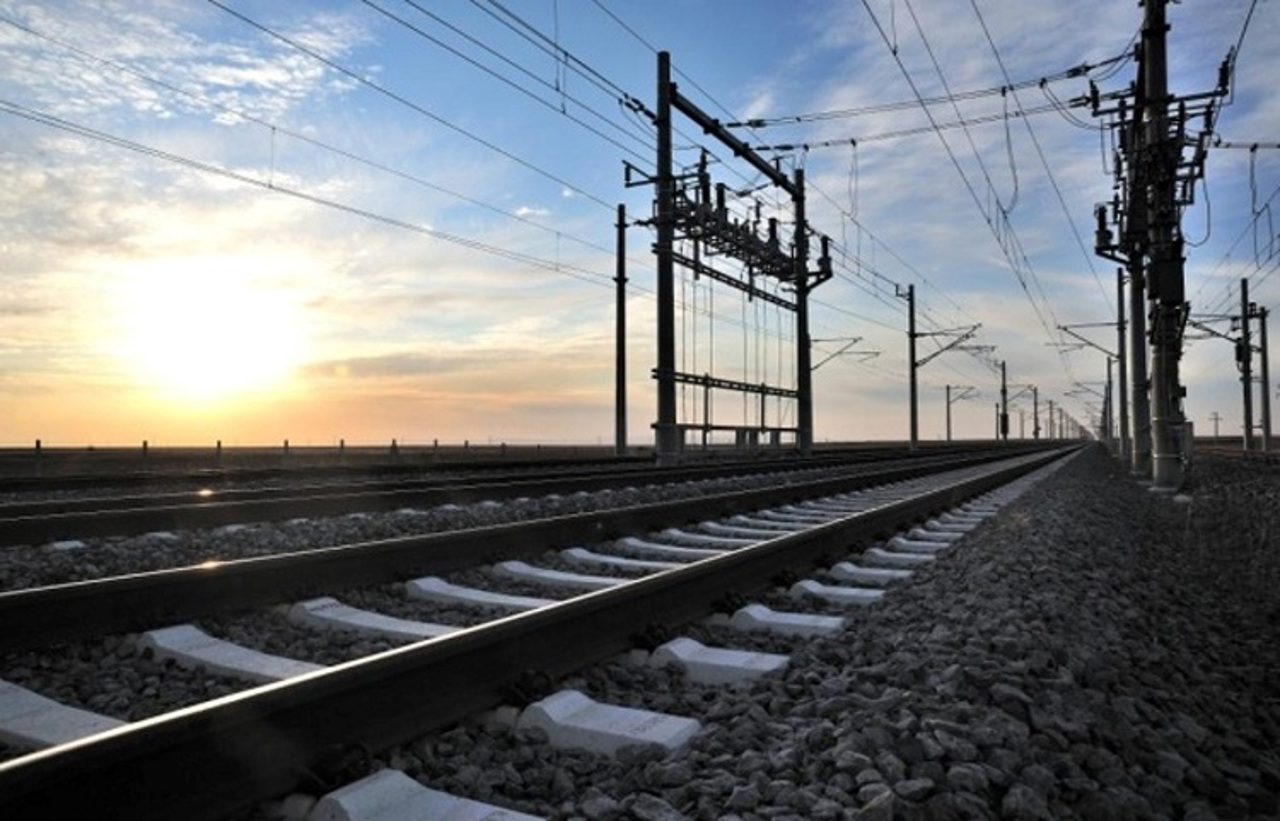 Electric lines above railway tracks — not on the GO network, image, Metrolinx

Metrolinx is currently looking for a private-sector partner to collaborate with it to design, build, operate, and maintain GO rail services as a rapid rail system. It will determine the exact specifications of the future system through a procurement process where potential partners will submit proposals to realize the core benefits and objectives of the GO Expansion program.

To do that, the winning proponent will need to determine how to radically speed up train travel on the network, likely by electrifying parts of it. Meeting the service targets will be the responsibility of the successful proponent. In this way, Metrolinx says it can achieve “an innovative, market-driven solution, to provide convenient and fast regional transit for years to come.” In effect, the procurement process will determine the exact specifications of the future rail system. Potential partners will submit proposals to realize the core benefits and objectives of GO Expansion which the business case has defined.

Those partners may also submit proposals to Metrolinx that may vary traction-power technology and fleet composition and could potentially use:

Metrolinx says it has developed a “reference concept design” for electrification by closely collaborating with more than 80 regulatory, municipal and private-sector stakeholders to reduce the impacts and resolve the challenges from implementing railway electrification on the GO rail network.

In June 2017, the provincial transit agency launched a study of hydrogen fuel cells as an alternate technology to move trains. In November of that year, it joined the Government of Ontario in hosting an international conference about the feasibility of hydrogen as a fuel source for trains.

This graphic shows how an overhead contact system would power trains, image, Metrolinx

How will electric trains with an overhead contact system work? Hydro One will supply electrical power through connections from its 230kV transmission lines and transformer stations. Traction power substations transform the voltage from 230kV to the appropriate level for trains (25 kV). An overhead contact system (OCS) distributes power along rail corridors. OCS is a series of overhead wires which supply electricity to the electric trains through pantographs. (A pantograph is the Z-shaped structure on the roof of many streetcars, replacing trolley poles.) The maximum distance between OCS supports is about 65 metres.

UrbanToronto has a new way you can track projects through the planning process on a daily basis. Sign up for a free trial of our New Development Insider here.